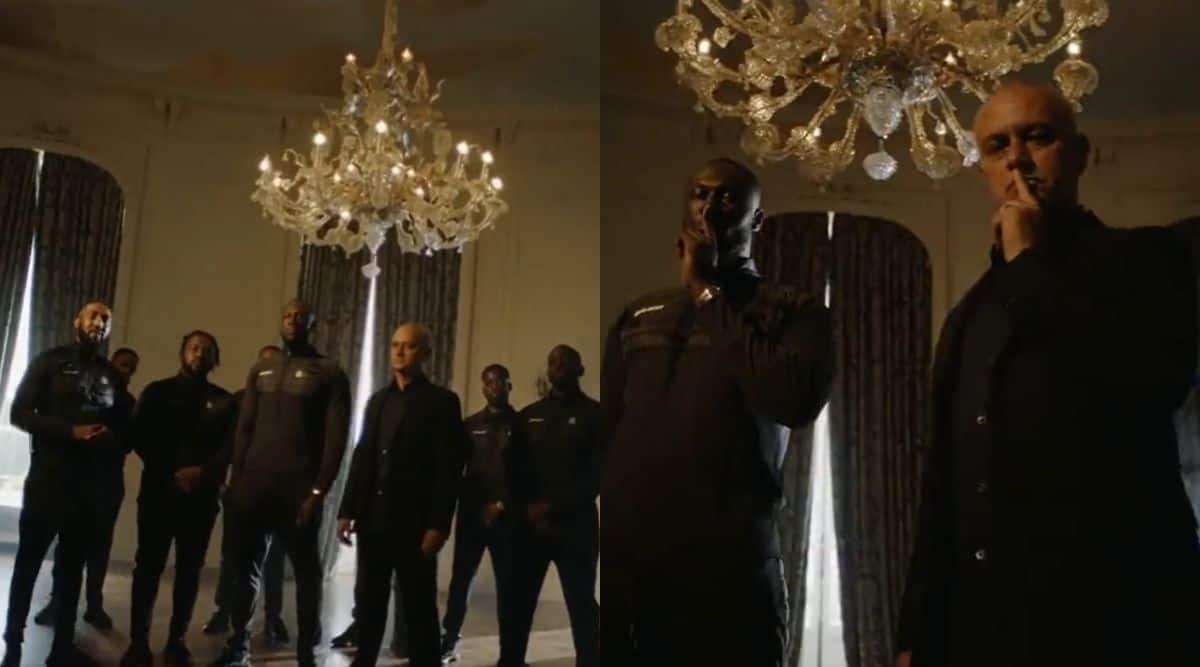 AS Roma manager Jose Mourinho stars in rapper Stormzy’s latest music video ‘Mel Made Me Do It’.

Mourinho is seen with his arms crossed before raising his finger to his lips. “You love to talk about the old days, men are old like Annie, are you alright? I prefer not to speak like I’m Jose,” are Stormzy’s lyrics, before Mourinho’s iconic “I prefer not to speak” quote. If I speak, I will get into big trouble.

Jose Mourinho made it in Stormzy’s video. Unreal… 😂

The 59-year-old posted about the video on his Instagram page, sharing a photo of himself next to Stormzy, captioned: “It was great fun doing this cameo for Stormzy’s new music video out today. I had a nice time.”

Among other surprise appearances in the video is Usain Bolt, current holder of the 100m and 200m world records.

Earlier this year Jose Mourinho made history after becoming the second manager after Giovanni Trapattoni to win five major European titles as his side AS Roma won the UEFA Europa Conference League.

Mourinho, who had previously won the Champions League, Europa League and UEFA Cup, completed a unique European trophy case when Roma defeated Feyenoord 1-0 in Tirana to ensure he could add the first conference league to his collection.

That’s five European finals in Porto, Internazionale, Manchester United and Roma since 2003 that Mourinho has coached and five times he’s taken home the trophy. The win also makes him the only manager in European history to have won the Champions League, Europa League, UEFA Super Cup and now the Conference League.