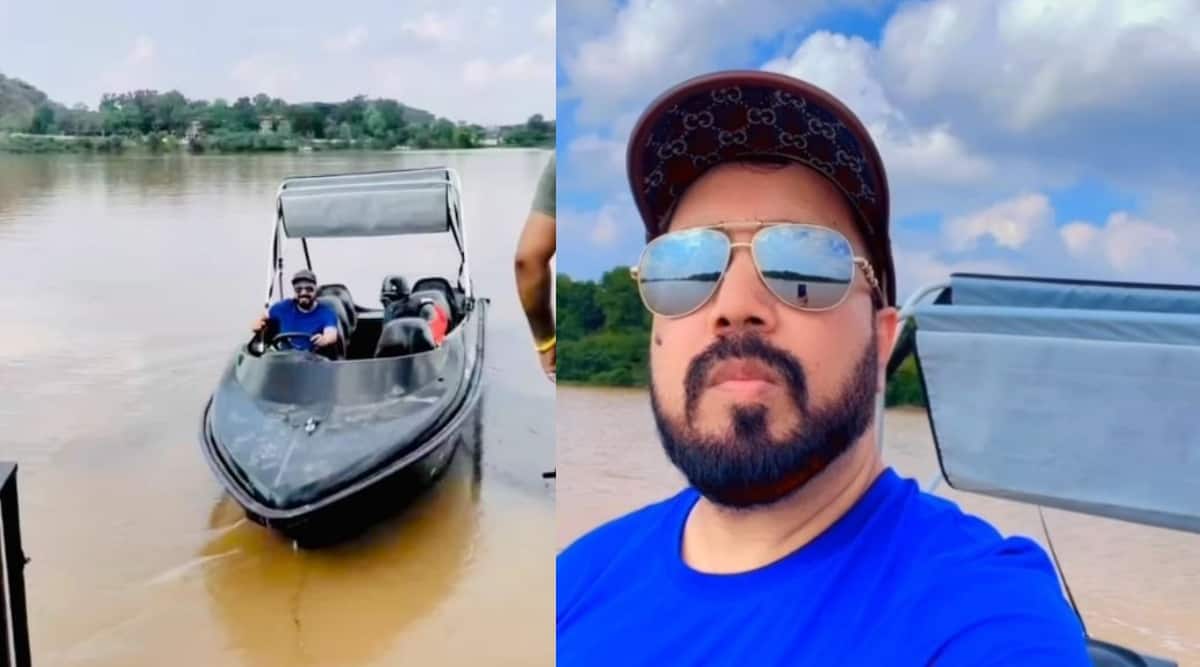 Singer Mika Singh has bought a private island and claims he is the only Indian singer to have achieved the feat. He also shared a video where he can be seen boating on a lake.

The singer shared the video on Instagram and wrote: “Pop singer Mika Singh is having a great time in his little paradise. The first Indian singer to have his own private island with a lake, 7 boats and 10 horses. That’s what you call a real king!”

In the video, Mika also invites people to his “beautiful paradise,” but he made it clear that you “need a boat” when planning a visit.

As Mika posted the video, his fans congratulated him on his new achievement. While many left fire emojis in the post’s comments, one fan wrote, “Awesome place 😍.” Another comment on the post read, “It’s a lake under Haryana’s authority, not his island.”

Most recently, Mika appeared in Star Bharat’s reality show Swayamvar – Mika Di Vohti. He chose Akanksha Puriwho has been his friend for 13-14 years as his wife-to-be in the show’s finale.

Camila Cabello Mistook One Of The Voice Contestants For Her Ex, Shawn Mendes

Anoushka Shankar, Berklee Indian Ensemble and Ricky Kej in the running for the 65th Grammys

About two decades ago, Anette Philip was a “burned out” full-time musician in Delhi when she decided to go to Boston’s Berklee College of Music because she felt she needed to learn more. Her parents weren’t thrilled. “So I made a deal,” she says with a chuckle. “That I would only go if there was a full scholarship. They agreed. I was there two years later. And it opened my eyes to different types of music and perspectives. I felt like I was growing and being exposed to other ideas outside of music too,” says Philip, who offered a faculty position after graduating from the prestigious college. Philip, who was given a blank canvas to work with, founded Berklee Indian Ensemble striving to create an open and inclusive space for musicians from around the world, coming with diverse influences, to study and explore the breadth of contemporary Indian music.

sing that thing Season 3, from WGBH Studios in Boston, MASS.

After numerous songs that have received a lot of attention and affection on social media, collaborations with artists such as Ustad Zakir Hussain, Shreya Ghoshal and Shankar Mahadevan, among other things, Philip’s ensemble has borne fruit in ways she could not have imagined. The ensemble’s debut, Shuruaat (which means beginning in Hindi) – which brings together 10 of their most coveted original collaborations – has found a nomination for the 65th Grammys, announced last night by the Recording Academy. While the album features collaborations with Hussain and Ghoshal, the other songs are tracks composed with Delhi-based duo Shadow and Light (Pavithra Chari and Anindo Bose), backing vocalist Vijay Prakash, vocalist Dhruv Goel and a significant track featuring Bangladeshi singer-songwriter Armeen is composed of Musa and her mother and eminent Nazrul Get exponent Nashid Kamal. The latter is the first-ever nomination for Bangladeshi musicians.

Between Us – Shankar’s latest project – features the sitar player’s compositions reinterpreted in a contemporary orchestral setting. Recorded during concerts in the Netherlands in 2018, the album has a variety of artists collaborating with her on the music of four of her previous solo albums – Rise (2005), Traces Of You (2013), Traveler (2015) and Land of Gold – work together (2016). Shankar will present the album on a three-city tour in India this year. What’s very interesting here is that a live album made the list.

Shankar is also nominated in the Best Global Music Performance category, this time for Udhero na, a collaboration with Arooj Aftab, Pakistan’s first female Grammy winner, who won the award last year for her reinterpretation of Mehdi Hassan and Hafeez Hoshiyarpuri’s famous Ghazal Mohabbat karne Whale. She faced a lot of criticism at the time for not mentioning the original artists in her acceptance speech and not giving any credit to Hassan.

Udhero na was a track that appeared on the deluxe edition of Aftab’s breakout album Vulture Prince. Mohabbat was part of the original album. Shankar fuses interludes she played in Bright Eyes – a deeply personal piece exploring infidelity and loss in Raag Bhairavi – with some new ideas. Aftab wrote the piece in 2005 with the lyrics Ye aine mein chehra mera toh nahi, tum hi dikhayi diye har jagah kahin. The piece describes a fleeting moment when a past relationship erupts in the mind and heart. While Aftab doesn’t do much with her voice here, singing in the regular monotonous space she does, Shankar shines along with a bunch of other musicians, creating a web of notes, a brilliant ambience that makes the track worth walking through.

Last year’s Grammy winner, lives in Bengaluru Ricky Key is also in the running for a third Grammy this year, but for the same album that was nominated last year. Winner of last year’s Grammy for Best New Age Album, Divine Tides (Lahiri Music), The Police drummer Stewart Copeland and Bangaluru-based musician Ricky Kej’s album is back in this year’s Nominated for Best Immersive Audio Album category, where immersive mix engineer Eric Schilling is nominated along with Copeland, Kej and Herbert Waltl – the immersive producers.

While pop queen Beyonce leads the field in the top categories with nine ways to take home the sacred gramophone, she is closely followed by Kendrick Lamar (eight nominations), Adele and Brandi Carlile (both with seven nominations each). The awards will be announced on February 5th and the ceremony will return to the Crypto.com Arena (formerly the Staples Center) where it has been held for years. 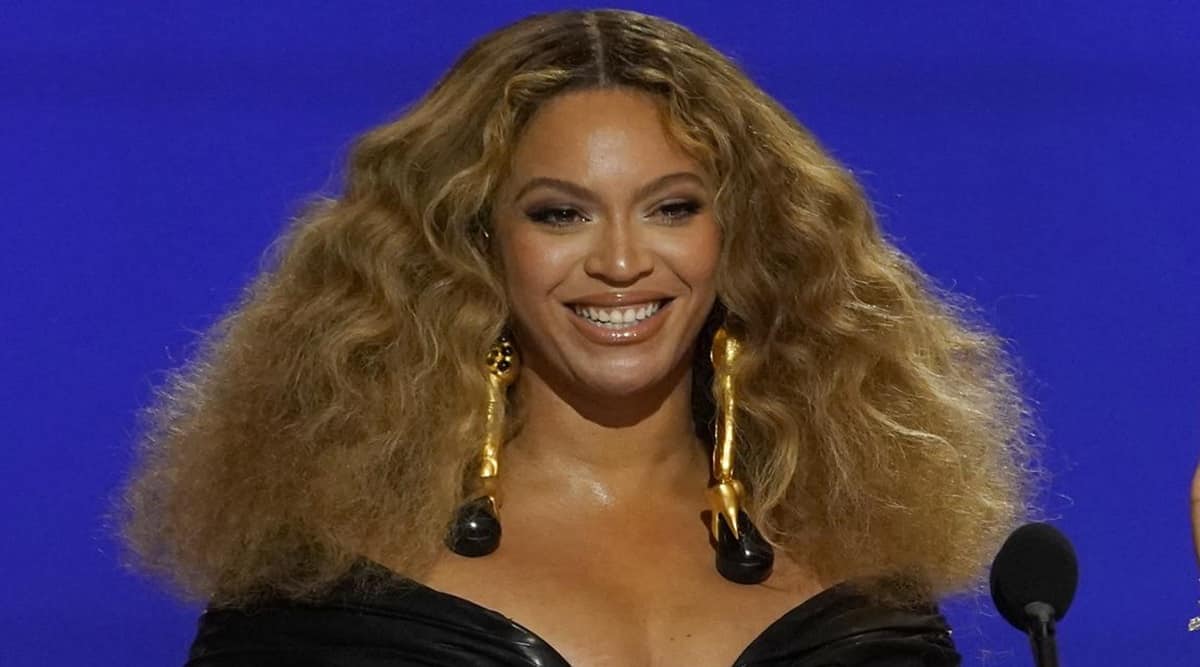 When the Recording Academy unveiled its latest list of nominees, the American singer-songwriter was Beyonce led the 2023 Grammy nominations with nine nominations and tied for the most nominated artist of all time.

According to Billboard, Queen B’s three nominations are in the Big Four categories, with “Renaissance” for Album of the Year and “break my soul‘ vying for record and song of the year. She is tied with her husband Jay-Z for most nominations of all time, with the pair amassing 88 nominations each in their careers.

The 2023 Grammys, officially known as the 65th Grammy Awards, will be broadcast live on February 5 from the Crypto.com Arena in Los Angeles, streamed live on the CBS Television Network, and streamed live and on-demand on Paramount+ at 8 p.m. 11:30pm ET / 5-8:30pm PT+.

BTS Jungkook celebrates imaginary goal as he heads to FIFA World Cup in Qatar, smiling V does the victory sign at airport While Jin from BTS preparing for military service, the other members have a lot of things planned to keep ARMY busy. Jungkook was spotted at the airport leaving for Qatar as part of the FIFA World Cup schedule where he would perform at the opening ceremony.

In a new video circulating around the internet, the singer pretends to kick an imaginary ball and celebrates his win. On the other hand, his close friend and band member V was spotted at the airport smiling happily at the dads behind the mask. He also made the “V” sign and revealed that he was supported to leave with Jungkook.

Jungkook!!! look at him omg 😭🥹 pic.twitter.com/CxpeX6FKdK

While many hoped he would also travel to Qatar to cheer on Jungkook, there is much speculation that he would travel to Mexico to film with Park Seo-joon and Choi Woo-shik for the variety show Youn’s Kitchen. However, nothing has been confirmed yet. The Winter Bear singer is expected to release his solo album early next year and there has been much debate as to whether he would return to acting. He had previously starred in the historical drama Hwarang: The Warrior Poet with his close friends Park Seo-joon, Park Hyung-sik and Choi Woo-shik. The “Wooga Squad,” as they call themselves, had previously starred in the reality show In The Soop: Friendship earlier this year.

Meanwhile, the band’s leader, RM, is gearing up for the release of his solo album, Indigo, which will be out on December 2nd this year. The album also reportedly has a collaboration with Pharrell Williams.

Military service schedules for the remaining members have not yet been announced, but they are expected to depart next year and reunite as a group in 2025.